On April 3, 2017, Megan Jessee was named the ninth head coach in women's soccer program history. Jessee arrived at Rhode Island after spending the previous nine seasons as an assistant coach at Wake Forest.

While with the Demon Deacons, Jessee was responsible for the day-to-day operations of the women's soccer program. She worked with the Demon Deacon goalkeepers, totaling 86 shutouts during her tenure - including 15 shutouts in 2009 and 14 in 2011, which rank as the two highest totals in school history.

Jessee helped guide Wake Forest to the 2010 Atlantic Coast Conference team title and six NCAA Championship appearances.  In 2009, the Demon Deacons program reached historic heights, advancing to the quarterfinals of the NCAA Championship and finishing with a final national ranking of No. 8 in the country.

Prior to her time at Wake Forest, Jessee spent a year as the women's soccer graduate assistant at Slippery Rock University. While at Slippery Rock, Jessee served as the field player and goalkeeper coach and also helped with recruiting and team operations.

Jessee also has coached for the Connecticut Olympic Development Program, the FSA Soccer Plus Football Club, Soccer Plus Camps and the Region 1 ODP Girls Soccer Camp.

Jenna Kalwa joined the Rhody women's soccer staff as an assistant coach in February 2018, after spending the 2016 and 2017 seasons as the director of operations for NC State's women's soccer program. In her time with the Wolfpack, Kalwa organized in-season travel and team nutrition. She also assisted with the organization of NC State's recruiting and helped out with summer camps and budgeting.

In addition to her role with NC State, Kalwa served as the head coach for the North Carolina Football Club's U17 Classic team. In that role, she taught the technical, tactical, mental and physical aspects of the game while also providing player evaluations.

Kalwa also spent time as both a referee and coach for XL Sports World, working with youth and adult players alike.

As a student-athlete, Kalwa was a two-year member of the Penn State women's soccer team (2012-13) before transferring to NC State for her final two seasons (2014-15). During her freshman year, the Nittany Lions went 21-3-2 and advanced to the NCAA title game. As a player for the Wolfpack, Kalwa appeared in each of the team's 38 games, making 36 starts. She was the NC State's 2014 MVP and was selected as a team captain for the 2015 season.

A native of Pennington, N.J., Kalwa earned her bachelor's degree in social work from N.C. State in 2016.

"I am very excited to welcome James to the Rhody women's soccer family," said head coach Megan Jessee. "James is a great guy with a strong work ethic and he brings with him a vast amount of experience at the Division I level. These are key elements that will help take this program to new heights."

While at Boston College, Thorpe was responsible for monitoring the academic progress of the student-athletes while also providing one-on-one instruction with the team. He also assisted in domestic and international recruiting and scouting opponents and the development and implementation of tactical and technical training sessions for the goalkeepers and field players.

"He is a proven recruiter that has brought in top level talent in every program that he has been apart of," added Jessee. "James has a great background in playing and coaching goalkeepers. I am very confident that he will be able to develop our goalkeepers in to top level Atlantic 10 Goalkeepers."

This will be Thorpe's second stint with the Rams, after previously working with the men's soccer staff for two seasons. Thorpe worked primarily with URI's goalkeepers, including Nils Leifhelm, a three-time All-American as a freshman in 2014.

The 2007 NCAA Division II National Player of the Year, Thorpe had an outstanding career at Franklin Pierce, where he helped lead the Ravens to a national title his senior year. In addition to being a national champion, he was a three-time All-American, a four-time Northeast-10 Goalkeeper of the Year and a four-time All-New England First Team honoree.

Thorpe also set the NCAA record - for all divisions - for minutes played, logging 8,391:11 over 93 career matches. He left Franklin Pierce as both the program's and conference's record-holder for career shutouts (49), career goals against average (0.66) and consecutive shutout minutes (578:52).

Thorpe went on to a professional career which included stints in both the MLS (D.C. United, 2008) and USL (Western Mass Pioneers, 2009). He then spent the 2010 and 2011 seasons as a graduate assistant coach at Evansville before joining the Holy Cross staff for the 2012 season. 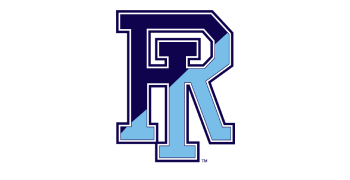